I’ve been feeding my son raw goat milk since he was 4 months old. Read on to find out why.

I was devastated when breastfeeding didn’t work out for me.

After 6 weeks of pumping, 4 lactation experts, 3 different types of nipple shields, and Ajax still not latching I gave up. It turned out my son had a double tongue tie issue, which the fist operation hadn’t resolved.

As a nutritional health coach, you can imagine how devastating this was.

We all know that breastfeeding provides maximum nutrition for the baby. I should know; five years ago I wrote an article on the subject. Including the following:

With all these studies ringing in my ears every time I made my son a bottle, I started to lose the plot. I refused to feed him in public; I found it humiliating, I imagined judgemental voices in every pub/cafe and couldn’t bear the thought of what the powder was doing to his gut flora. When the plumber said to me ‘you know that breastfeeding is really the best ‘ it was the final straw. The only way I finally managed to move past the guilt, was to make my own formula. You can find the recipe in Sally Fallon’s beast-selling book The Nourishing Traditions Book of Baby and Child Care. It was developed by a lipid expert, Mary Enig over 30 years ago.

The main ingredient? Raw (unpasteurised) milk. I decided to use raw goat milk since I knew that it was easier to digest than cow’s milk and had a more similar growth factor profile to human breast milk (you only need look at the size of a baby cow compared to a baby goat to figure that out!).

Once upon a time all milk was raw milk. However it vanished from our diets in the 50s when pasteurization became the norm – along with lactose intolerance.  The aim of pasteurization – which involves heating milk to 72 degrees – is to kill any pathogens, but this process also destroys vital nutrients.

Here is a list of nutrients damaged by pasteurisation:

A few years ago I interviewed Chris Kresser, an integrative medicine practitioner and leading proponent of paleo nutrition and raw milk. ‘Many patients can’t tolerate pasteurized milk, but they are able to tolerate raw milk,’ he told me. Indeed, The Weston A. Price Foundation conducted an informal survey of over 700 families, and determined that over eighty percent of those diagnosed with lactose intolerance no longer suffer from symptoms after switching to raw milk. 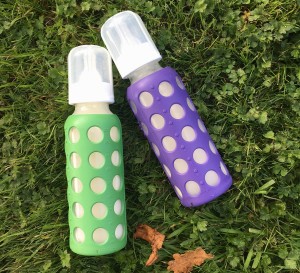 Several studies suggest that drinking raw milk may offer protection against asthma and allergies and researchers have attributed this to the unadulterated whey content. A further 2015 study following one thousand mothers and babies also found a 30 per cent lower prevalence of fever, ear and respiratory infections.

Like any food, raw milk comes with the risk of food poisoning. In 2012 the Centres for Disease Control (CDC) released a report showing that raw milk is responsible for more illnesses than pasteurised milk. However this needs to be put into perspective. Dairy, as a food group, comes way down the list of produce most likely to cause food poisoning and when you crunch the numbers, as Chris Kresser has diligently done in this report, you have a roughly 1 in 888,000 chance of becoming ill from drinking pasteurised milk as opposed to a roughly 1 in 94,000 chance of becoming ill from raw milk. Rock melon, peanuts and eggs however accounted for 2,729 illnesses and 39 deaths between 2009 − 2011 according to the CDC report. While there hasn’t been a single death attributed to raw fluid milk since the mid-1980s, there have been a handful of deaths from pasteurized dairy products in the last decade.

When considering the massive nutritional benefits – and taste! – my personal choice is raw milk every time, but as I say it’s a personal choice and I’m certainly not making recommendations for anyone else. As mothers we all have to make choices (daily!) based on our own research and intuition about the needs of our child. It also bears repeating that feeding my son raw goat milk was a decision I arrived at only after having exhausted the possibility of being able to pop him on the boob; nothing beats mother nature’s natural formula and once you stop it is very hard to reverse that choice. Nonetheless, I feel at peace, one year on, that I was able to provide my boy with a nutritious alternative, that was still made by me.

The Healthiest forms of Dairy